Beers and Battlefields of Flanders Tour

When the British Expeditionary Force fell back into Flanders and concentrated on the town of Ypres in October 1914 little did they know that they were in the heart of some of the best hop growing land in Belgium. And we all know what hops make… BEER! The British Tommy sampled the many local brews and was not too impressed; after all, it was really nothing like British ale of the time. They opted to mainly drink ‘Vin Blanc’ with the newly created dish of ‘Egg and Chips’ and use the vats from the breweries to bathe in upon returning from the front. However over the years our palates have become so much more sophisticated and Belgium has become one of the capitals for beer drinkers with well over 800 different brews. You really owe it to yourself to try them all (but not in one sitting!).

With this in mind, Rifleman Tours has put together a tour whereby we will set about tasting some of the many distinguished beers of the Flanders / Ypres region, with visits to some breweries to see how the beer is created. As this is also a battlefield tour, we will visit the battlefields where the Commonwealth troops fought so gallantly between 1914 and 1918.

Staying in the centre of Ypres, you will be able to visit a selection of bars including the Brasserie Kazematten, located in the Ramparts of Ypres. Here the ‘Wipers Times’ trench newspaper was printed and you can sample a beer of the same name brewed in its honour. 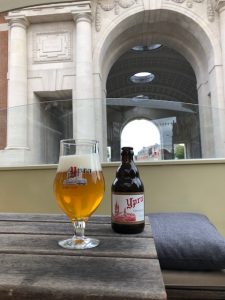 Day One: Depart by coach from your chosen UK collection point and proceed to Dover for our channel crossing by ferry and then on to Ypres to check in to the Novotel Ieper Centrum ‘Flanders Fields’ (located in the centre of Ypres). With the rest of the day at your leisure, you can, with the aid of our ‘Bars of Ypres’ programme, begin tasting the nectar of Flanders and obtain an evening meal from one of the many restaurants situated around the famous Grote Markt before taking a short time out to visit the Menin Gate and the witnessing the Last Post Ceremony.

Day Two: Our first stop of the day and brewery visit will be to the small family run Brasserie Thiriez based in French Flanders. As we’re so close, we then stop at the site of the World War Two Wormhout massacre where the mass murder of 80 British and French POWs by Waffen-SS soldiers from the 1st SS Division Leibstandarte SS Adolf Hitler in May 1940. In the area, we’ll visit Esquelbecq Military Cemetery, a WW1 cemetery opened in 1918 but used again during WW2 for the burial of those killed during the German advance of May 1940 and the withdrawal of the BEF to Dunkirk, including those killed at Wormhout. 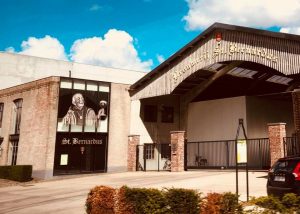 From here we travel to the historic town of Poperinghe where we can take a packed lunch in the town square (included in price). Then on to two CWGC cemeteries; Brandhoek where Noel Chavasse‘s headstone carries, uniquely, two Victoria Crosses. Chavasse was the only man to be awarded both a Victoria Cross and bar in the First World War. Next is Lijssenthoek Military Cemetery and visitor centre before moving onto the St Bernadus Brewery. The history of this brewery is connected to two Trappist monasteries; one gave us its name, the other gave its beer, exchange is no robbery! Here you will get a tour of the brewery (tour included in the price) and a tasting session of the beers produced. We then return to our hotel in Ypres for an evening at leisure.

Day Three: We begin day two with a visit to Zandvoorde and the Household Cavalry Memorial which commemorates the stand of the 1st and 2nd Life Guards and one officer in particularly; Lord Worsley (Lt Charles Pelham). We then return to Gheluvelt where the 2nd Worcesters’ bayonet charge restored the line at a crucial time during First Ypres. Our last brewery stop is Bierkasteel Vanhonsebrouck for a tour and taste of the famous Passchendaele Beer (included in the price).

The afternoon will see us visit Tyne Cot, the largest Commonwealth Cemetery in the world where a packed lunch can be taken (included in price). From here we move along the ridge to the Canadian Memorial at Crest Farm. A trip to the Hop Museum brings this day to an end (included in the price). Here we’ll learn about the hops, beer and WW1 and of course selected beers to taste. 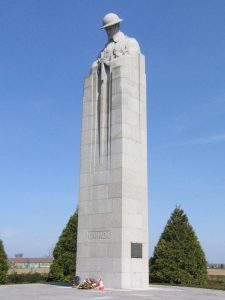 Day Four: The morning sees us touring the northern half of the Ypres Salient and Vancouver Corner with the Brooding Soldier Memorial to the 1st Canadian Division. This area was the scene of the first gas attacks in 1915 which culminated in

the start of the Second Battle of Ypres. Then we travel on to the German Cemetery at Langemark before winding our way to Essex Farm Cemetery with its Advanced Dressing Station. Here John McCrae wrote the famous poem ‘In Flanders Fields’.  We’ll then head back to the port of Calais and our return journey back to Blighty.

Lunch on tour day where specified

Entrance to all museums and breweries visited

“Having Tony as a guide was simply brilliant. His knowledge of everything to do with the area, be it the intrinsic details of WW1, to which restaurants have Fish and Chips on a night, were invaluable to the whole coach load of us.”

“There was plenty of sampling on the tours, and bottles to take away etc, I certainly felt we’d got value for money when my case had nearly 4 litres of beer in it on the way home! and that was what we didn’t manage to drink. On every occasion, you weren’t forced to drink, you could have a sip, or finish off the bottle if you’re so inclined, what I’m getting at is you drink at your own rate, there’s no pressure, so its suitable for mixed groups just looking to try new beers.”

“I must definitely say this is the best beer & battlefields tour that we have done. Not too much beer or battlefields Tony had the balance just about right. Also Tony’s attention to detail was amazing with complete history of battles fought and soldiers honoured. We would certainly recommend”