The Battle of the Bulge Tour (5-day tour)

The Battle of the Bulge Tour

The Ardennes offensive more commonly known as The Battle of the Bulge was Hitler, and Germany’s, last major offensive of the Second World War. It was fought on one of the largest battlefield areas and is today covered with memorials and relics from the battle. Our comprehensive five day tour covers the major sites, fox holes and museums that gives you an insight as to why and how this battle was fought during one of the coldest periods in Belgium history.

Day One: Depart by coach from UK collection point and proceed to Dover for our channel crossing by ferry. We will then leave Calais for hotel in Bastogne. The rest of the evening is at your leisure. 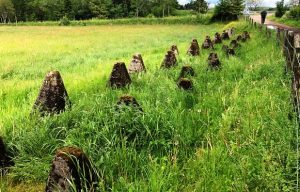 We begin our tour with a drive to the German town of Hollerath. It is here that the Battle of the Bulge started.

We visit the Dragon’s teeth anti-tank defences on the nearby Siegfried line before following the story of Kampfgruppe Peiper from Losheim Gap to La Gleize. Along the way we look at many sites and actions that took place culminating in the awful massacre that took place at Malmedy were we visit the massacre site, memorial and museum. A packed lunch is supplied here before we move onto La Gleize where on Christmas Eve the German spearhead died out and the 1st SS Panzer turned and fled leaving behind many tanks and vehicles including a massive King Tiger Tank that sits outside the museum. 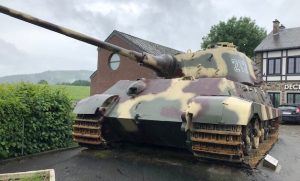 On our return to Bastogne we visit Parker’s Crossroads and Grandmenil where a German Panther tank stands today.

Day Three: Today is spent close to Bastogne where we look at the defence of the town by the 101st Airborne Division notably Easy Company of the 506th.

We visit Easy’s Memorial before entering the Bois Jacques Woods (Jack’s Wood’s) to look at the fox holes where they dug in and held the line through one of the coldest winter periods on record. Here we tell their story before moving down to the small town of Foy that was taken by Easy Company. A packed lunch is taken here before we move to the stunning Maradasson Memorial and the impressive Bastogne War Museum with its vast collection of war memorabilia and vehicles from the battle. 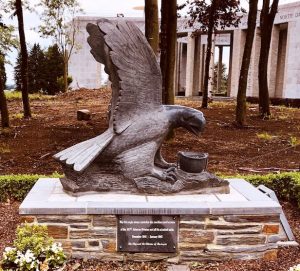 Day Four: We look at three towns that feature prominently in this battle. At St Vith the 7th Armored Division fought a running battle out of St Vith on December 23rd after the destruction of the 106th Infantry Division in the first days of the Battle. The 7th tried to hold, but could not withstand the pressure applied by Six German Division. The 7th withdrew in good order without major losses. Houffalize is known as the ‘martyred town’; liberated before the battle took place, the Germans re-took the town in their offensive. 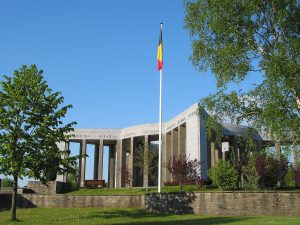 The civilian population suffered the wrath of the SS and 250 towns people were murdered. An equal number were killed when Allied bombers hit the town to drive the Germans out reducing it to rubble.

In La Roche, British and American forces met up. An Achilles Tank now sits looking over this beautiful town. A packed lunch can be taken here before we amble back to Bastogne and our visit to Bastogne Barracks and Nuts Cave (entrance fee included in tour price).  In a guided tour we are shown around the barracks which served as HQ for the 101st. It is here where General McAuliffe came up with the famous NUTS reply to the German surrender ultimatum. Upon the completion of the Barracks tour we see where General Patton’s men and tanks linked up with the 101st Division surrounded at Bastogne, before seeing one of the Sherman turrets that now marks the defence perimeter around the town.

Day Five: Upon leaving the hotel we visit the fabulous 101st Airborne museum before travelling back to Calais and our channel crossing back to the UK. 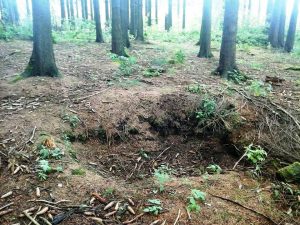 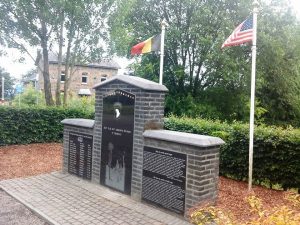 You will be staying at the Best Western Hotel Melba situated in a pleasant and quiet residential area of Bastogne and just a short walk to the centre of Bastogne and choice of restaurants. 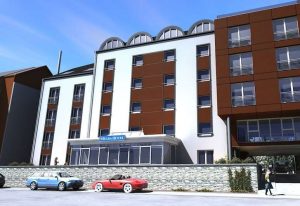 The hotel has a restaurant that serves a buffet breakfast in the morning and international dishes in the evening along with a bar and lounge area. 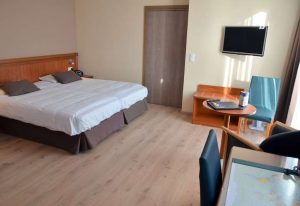 Guest rooms are well equipped with all the amenities to ensure a comfortable stay.